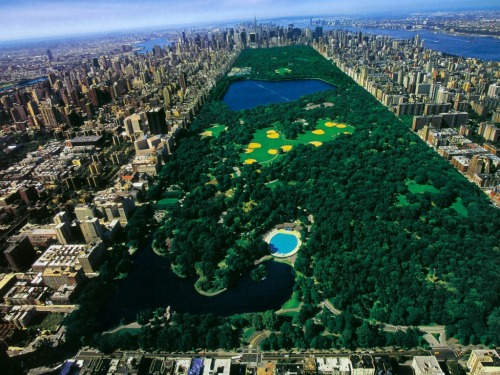 NYC residents and visitors alike are surrounded by skyscrapers and noise, concrete and asphalt - until they come to the oasis, Central Park. Uploaded by grandcanyon.free.fr.

When Central Park was established back in 1857, New York City’s population had begun to move northward from the downtown area. Though some people lived in the area now covered by the park, to much of Manhattan it was “out in the country.” City officials recognized the need to create open public spaces, and architects Frederick Law Olmstead and Calvert Vaux won a competition to design the new park.

What they created is bigger than the typical city park, but then, almost everything is bigger in Manhattan. Central Park is roughly 2.5 miles long (from 59th St. to West 110th St.) and .5 mile wide (from 8th Ave. to 5th Ave.). This oasis of green in the asphalt and concrete of the big city has more visitors — more than 25 million each year — than any other city park in America.

The park’s usage has changed over the years. For example, sheep grazed in the area known as Sheep Meadow until about 1930. Now, though, Central Park is committed in large part to recreation and special events. It has walking tracks, bridle paths, skating rinks, small lakes, ball fields, playgrounds, a zoo, and large open areas. Beginning in the sixties, major events made Central Park their home, including summer performances by the the New York Philharmonic, Shakespeare in the Park, and outdoor concerts. As the New York City Department of Parks & Recreation says on its website, “150 years’ worth of visitors have enjoyed and recommended Central Park; don’t you think it’s time for your turn?” 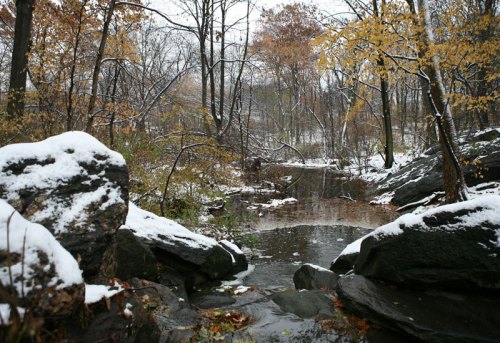 One response to “Travel: Central Park”