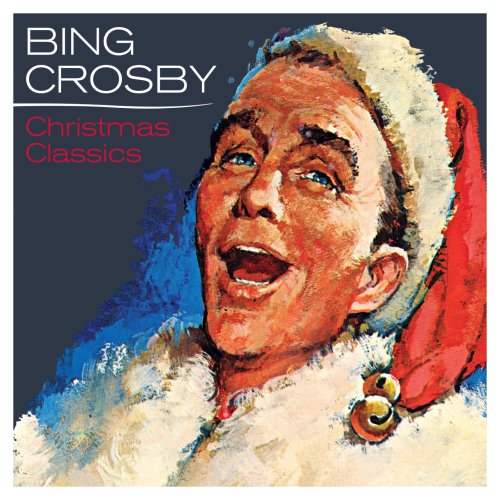 "White Christmas" was released in July 1942 - and did nothing. Must have been the season. By the end of October it was number one, and upon re-releases reached the charts an astounding 20 times. Uploaded by ecx.images-amazon.com.

My favorite Christmas album in my childhood was Bing Crosby’s Merry Christmas, which was released as an LP in 1949 and has never since been out of print. It’s still one of the most popular Christmas albums ever, and of course it contains the classic Irving Berlin song, “White Christmas.”

Crosby first performed “White Christmas” on his NBC radio show on Christmas Day, 1941. He recorded it the following year, and included it in an album of songs from the movie Holiday Inn. The album debuted in July, and maybe the season wasn’t right, because the song floundered. But by the end of October it topped the charts, where it stayed for eleven weeks. Re-released each holiday season, it also went to number one in 1945 and 1946. In fact, it appeared on the 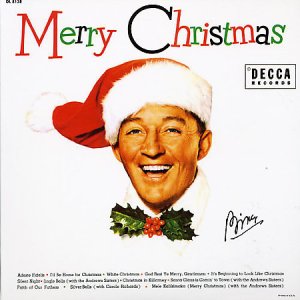 The song as it appeared in Holiday Inn received the Academy Award for Best Original Song, and it helped make the movie White Christmas the runaway box office champion of 1954. The song’s many appearances on the charts have led to it being the best-selling single of all time – more than 50 million sold, according to the Guinness Book of World Records. Counting the albums it’s been on, that total exceeds 100 million. Bing Crosby gets the credit, and deserves it; but don’t forget the brilliance of Irving Berlin (Great American Things, May 11, 2010) who wrote this wonderful song.

Suave. Cool. And it wouldn't be Christmas without him. Uploaded by redteatral.net

How popular was Bing Crosby? Well, he sold more than a half billion records. In addition, he was a megastar in movies and on radio and TV. His “cool” style set the pace for everyone from Frank Sinatra to Michael Buble.

And when it comes to the holidays, Bing Crosby gave us the music of Christmas.

Bing was the first person to be given a Lifetime Achievement Award by the Grammys. He was nominated for three Academy Awards, and won for Going My Way. As for ticket sales, it’s estimated that 1.07 billion tickets were bought for Bing’s movies, making him the third-most-popular movie star of all time, behind Clark Gable and John Wayne.

The very peak of Bing’s career may have been 1948, when he was voted the most admired man alive – even ahead of the Pope. And that year Music Digest estimated that Crosby recordings filled more than half of the 80,000 weekly hours allocated to recorded radio music. That’s hard to grasp.