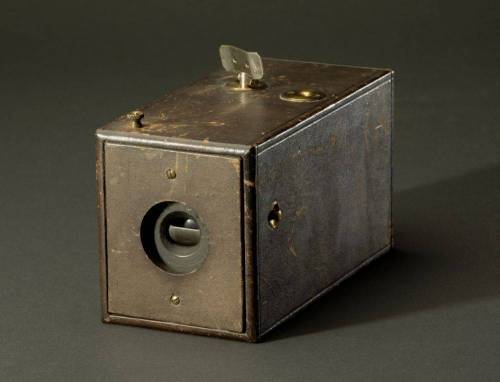 The original 1888 Kodak camera. Prior to Eastman's invention, cameras were about the size of microwave ovens. The Kodak camera put photography into the ordinary person's hands. Uploaded by about.com.

You have a camera. As inexpensive and easy as digital models have become, you may even own several. Then you owe a debt to the man who took early cameras, which were the size of microwave ovens, and invented a way for them to be held in the hands. George Eastman invented roll film, then created the personal-size box camera he called “Kodak.” 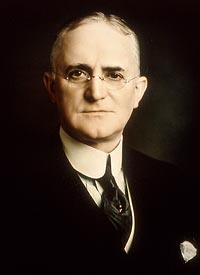 As with many inventors, Eastman was single-minded as he worked on his invention. He’d work as a clerk in a bank all day, then come home and experiment in his mother’s kitchen into the night, sometimes sleeping on the kitchen floor. Clearly, his hard work paid off: In 1880, he leased space on the third floor of a building in Rochester, New York, and established the Eastman Kodak Company.

Eastman coined a slogan for his business that could be used today: “You press the button, we do the rest.” Of course, that would be unacceptable by today’s standards. The film had to be shipped to Rochester where it was processed, and prints sent to the camera’s owner. Eastman Kodak became hugely successful, and Eastman gave away much of his fortune, becoming one of America’s leading philanthropists. 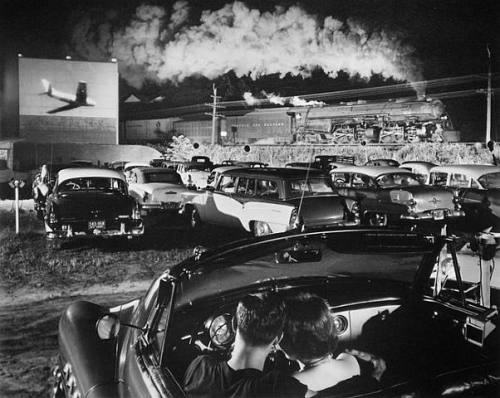 Perhaps the most famous of all Link's photos. Uploaded by images.artnet.com.

Probably not a name you’re familiar with. But if you’ve seen his photography, you know what magic the man could work with a camera. His passion was trains, but he realized his biggest problem in capturing them on film would be lighting them properly. So he created his own flash equipment, because he preferred to shoot at night.

If you’re ever in Roanoke, Va., be sure to stop by the O. Winston Link museum which is located, appropriately, in Roanoke’s former rail station. You can enjoy a documentary about Link’s life and work, and linger over extraordinary photographs such as these: 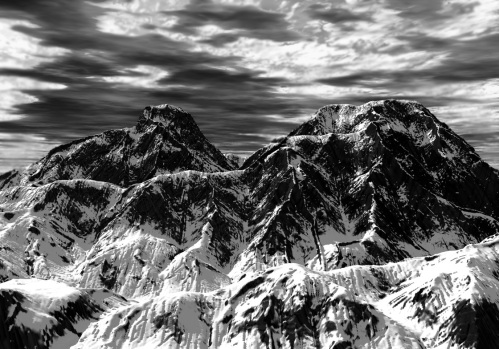 Ansel Adams captures the power of the landscape with startling clarity. Uploaded by strongphotography.wordpress.com.

It’s easy to appreciate the wonderful nature photography of Ansel Adams, its crisp focus, perfect contrast, and balanced composition. What it takes some effort to properly assess in the 21st century is how Adams almost singlehandedly brought this discipline to the medium of photography.

As a youth, Adams found that he had a natural musical talent, and he practiced with the intent of becoming a concert pianist. Then his family took a trip to Yosemite. Adams said later, “The splendor of Yosemite burst upon us and it was glorious… One wonder after another descended upon us… There was light everywhere… A new era began for me.”

He started taking pictures with a Kodak Brownie box camera. For the next ten years he pursued the dual tracks of music and photography, learning darkroom techniques while also purchasing a grand piano and practicing diligently. He finally realized his greatest skill was with the camera rather than the keyboard, and he, uh, “focused” on photography.

Adams had his first museum show at the Smithsonian when he was just 29 years old, but knew better than to think he’d reached his limits. He emphasized “pure photography,” not allowing his photos to be derivative of any other art form. Even so, he did commercial projects to pay the bills, including work for Fortune Magazine, Pacific Gas & Electric, and AT&T.

In his latter years, Adams continued his lifelong commitment to preserving our national parks and wilderness. He was especially concerned with the Big Sur region of California and preventing the over-use of Yosemite. Here’s a wonderful interview with the master shortly before his death at age 82: