Posted on January 1, 2011 by Robin Chalkley | Leave a comment

Elaborate flower-covered floats and marching bands didn't enter the minds of parade organizers when the first Rose Parade was held back in 1890. Uploaded by nlh.org.

If you happened to have been in Pasadena in 1890 (Anyone? Anyone?), you could have been one of the 2,000 or so people who saw a number of horse-drawn carriages covered in flowers. No floats, no cars, no marching bands. But you’d have been a witness to the start one of America’s most-beloved New Year’s Day traditions. (Unless that happens to fall on Sunday, in which case it’s a day-after-New-Year’s-Day tradition.)

If you’d been there on January 1, 2011, you’d have witnessed a much more elaborate spectacle. Beginning with the flyover of a B-2 Stealth Bomber, and grand marshal Paula Deen, y’all. You’d have witnessed 42 flower-covered floats, heard 22 marching bands, and prayed that none of the 22 equestrian units decided to lighten its load in front of you.

Of course, you didn’t have to go to Pasadena to see this spectacle. You could have been one of the millions who watched on ABC, NBC, Hallmark, HGTV, or Univision. Or been one of several hundred million people who tuned in live around the globe. The Rose Parade is truly a spectacle in all the good senses of that word — quite a difference from what the city fathers of Pasadena envisioned back in the late nineteenth century…

Pumpkin is native to North America, so it's only natural that pumpkin pie is the official dessert of Thanksgiving - probably Christmas, too. Uploaded by files.list.co.uk.

It’s the official dessert of Thanksgiving. You could say the same for Christmas. And while we may not think of it at other seasons of the year, it’s good any time.

Pumpkin pie is a natural for this list, since pumpkins are native to America. There are lots of recipes for pumpkin pie, ranging from the simplest (pour pumpkin pie filling in a pre-made pie shell) to Martha Stewart-like complex. One famous chef who knows her desserts is Paula Deen, so let’s take a look at her recipe for pumpkin pie, courtesy of the Food Network: 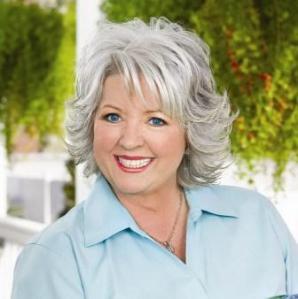 Preheat the oven to 350 degrees F.

Place 1 piece of pre-made pie dough down into a (9-inch) pie pan and press down along the bottom and all sides. Pinch and crimp the edges together to make a pretty pattern. Put the pie shell back into the freezer for 1 hour to firm up. Fit a piece of aluminum foil to cover the inside of the shell completely. Fill the shell up to the edges with pie weights or dried beans (about 2 pounds) and place it in the oven. Bake for 10 minutes, remove the foil and pie weights and bake for another 10 minutes or until the crust is dried out and beginning to color.

Pour the filling into the warm prepared pie crust and bake for 50 minutes, or until the center is set. Place the pie on a wire rack and cool to room temperature. Cut into slices and top each piece with a generous amount of whipped cream.

I couldn’t find a video of Paula making her pumpkin pie, so here’s a completely different pumpkin pie video: