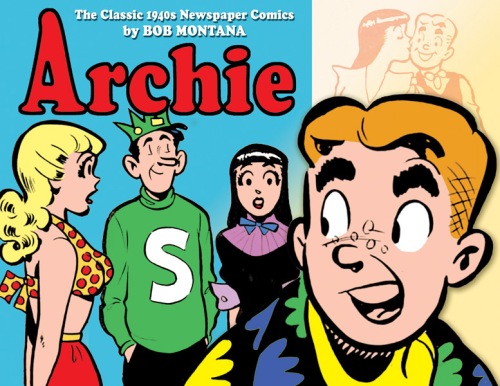 Archie's creator, John Goldwater, wanted a comic character to capitalize on the popularity of Mickey Rooney in the Andy Hardy movies. The year was 1941. Uploaded by comicsbulletin.com.

Though the publisher is also known as Archie Comics, I’m celebrating the comic books themselves. Archie, Betty, Veronica, Reggie, Jughead, Moose, Miss Grundy, and Mr. Weatherbee. The town of Riverdale, and Riverdale High. The quandary over whether he likes Betty or Veronica more. The rivalry with Reggie. Yeah, those Archie comics.

I’d never thought of it before, but when John Goldwater created Archie in 1941, he was inspired by the popular Andy Hardy movies starring Mickey Rooney. He had a nickname then – “Chick” – and he showed up in Pep Comics #22. And while Goldwater guided the magazine through its most popular era, the comic was written by Vic Bloom and drawn by Bob Montana.

Betty and Veronica have had their own title through the years. So has Jughead. And in an attempt to be “relevant,” Archie Comics now has its first openly gay character, Kevin Keller. Archie now seems dated to me; I can’t imagine today’s kids buying into these characters. But when I was growing up, I loved them. They weren’t challenging, but they were fun. And, of first importance, aren’t comic books supposed to be fun?

This may be the ultimate example of a Gershwin song. With music by George (Great American Things, Feb. 24, 2010) and lyrics by Ira, “Embraceable You” is sophisticated, complex, and yet eminently singable.

The brothers wrote the song in 1928 for an operetta that never got published, so they pulled it out and used it in the musical Girl Crazy in 1930. Ginger Rogers sang it in the play, and it helped make her a star. Girl Crazy went on to be filmed three times, most notably in 1943 with Judy Garland and Mickey Rooney.

(By the way, how’s this for some unheralded star power – in the original orchestra for the Broadway show were unknown musicians Glenn Miller, Gene Krupa, Benny Goodman, Tommy Dorsey, and Jack Teagarden. Wow.) 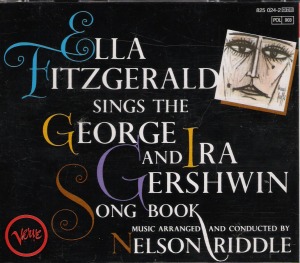 “Embraceable You” is one of the most frequently recorded Gershwin songs. The website jazzstandards.com ranks “Embraceable You” as the number 24 jazz standard of all time. Their highest recommendation goes to the Sarah Vaughn version, but I couldn’t find that in full on YouTube, so here’s Ella Fitzgerald with the Nelson Riddle orchestra. Hard to beat this combination…