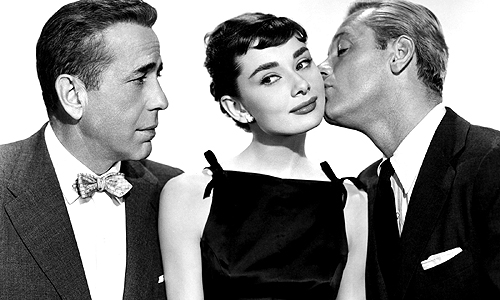 Sabrina, starring Humphrey Bogart, Audrey Hepburn, and William Holden, didn't win any of the year's major awards, but it's one of the most-beloved - largely because of Hepburn. Uploaded by dailyfill.com.

Most of us think of the 1950s as a bland, forgettable decade. The calm before the storm. On the movie front, however, it was a decade of spectacle and style. One of its best years was 1954, which featured these movies:

20,000 Leagues Under the Sea – Shared the prize as the year’s box office champ. Starring Kirk Douglas and James Mason. The first sci-fi film from Disney.

The Country Girl – Grace Kelly won the Academy Award for Best Actress in this film that co-starred Bing Crosby and William Holden.

Rear Window – Big at the box office, and one of Hitchcock’s best. With Jimmy Stewart and Grace Kelly. (Great American Things, September 6, 2010)

Posted on September 18, 2009 by Robin Chalkley | Leave a comment

In my opinion, Paul Newman's best performance. Uploaded by kartiksingh.wordpress.com.

Movie fans, and Paul Newman fans in particular, can debate his most outstanding role. For me, it’s his portrayal of recovering alcoholic Frank Galvin in The Verdict.

I’d watch anything directed by Sidney Lumet, written by David Mamet, and starring Paul Newman. In The Verdict, they created a film that’s compelling as both a legal drama and as a character study.

Galvin, a shell of a lawyer and man, is given a medical malpractice case by a former associate (Jack Warden) so he can settle and have money to sustain himself. But Galvin realizes that if he settles the case, he’s lost – so he takes the case to court.

The film has great supporting performances by Warden, Charlotte Rampling, James Mason, and Milo O’Shea. Newman, Mason, Lumet, and Mamet all received Academy Award nominations, and the movie was nominated for Best Picture. The video is of Galvin’s summation, and you realize he’s not just talking about his case, but about his life. Notice how Lumet has every spectator remain completely still so all the focus is on Newman.