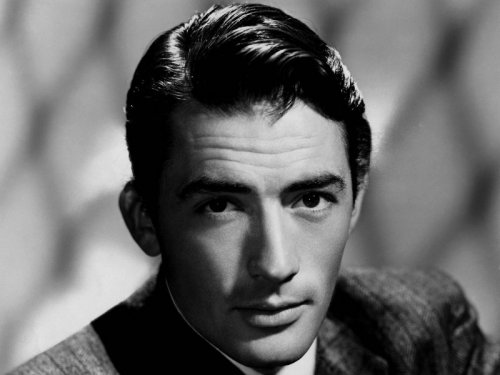 Gregory Peck received four Best Actor nominations during his first five years in films. But it wasn't until almost twenty years later that he won -- for To Kill a Mockingbird. Uploaded by st3.kinpoisk.ru.

Sometimes one role can capsulize an actor’s career, regardless of how many excellent films he makes. For Gregory Peck, that part was Atticus Finch in To Kill a Mockingbird (Great American Things, May 21, 2009). Here, Peck’s integrity was on full display, and he endowed Finch with a strength of character few other actors could have accomplished. The role earned Peck his Academy Award for Best Actor. 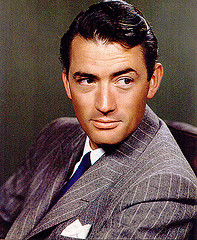 Of course, he had a long and excellent film career which began in 1944 and concluded in 1993. Among his most memorable films:

Film: To Kill a Mockingbird 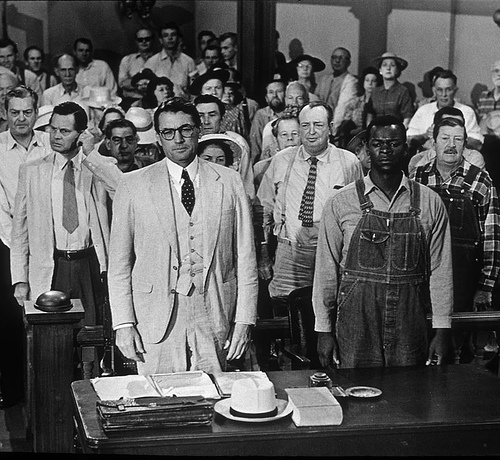 With this entry in the list, I celebrate both a book and a movie. Both have moved so many people, affected so many lives. And the movie was a faithful adaptation of the novel, as Harper Lee said of Horton Foote’s screenplay, “I think it is one of the best translations of a book to film ever made.”

Harper Lee earned the Pulitzer Prize for Fiction in 1961, and even today there are more than 30 million copies in print. Consider what you’d do if your first novel turned out to be considered Best Novel of the Century (Library Journal). If you were Harper Lee, you’d never publish again. But you’d receive many honorary degrees, and eventually the Presidential Medal of Freedom.

The movie was nominated for Best Picture, and enabled Gregory Peck to win the Best Actor Oscar. It came in at #25 in the American Film Institute’s rankings of the greatest movies of all time. And the character of Boo Radley marked the screen debut of a modestly talented actor you may have heard of named Robert Duvall.

To Kill a Mockingbird has been enjoyed, studied, and cried over. I don’t care how many times you’ve seen the film, it kicks you in the solar plexus every time. Harper Lee never published again, because she knew she could never top her first effort. In that respect, it was a blessing and a curse for her. For us, though, it’s a heartwrenching reminder of where we’ve been as a nation, and an encouraging reminder of how far we’ve come. As Atticus Finch tells Scout:

“You never really understand a person until you consider things from his point of view… Until you climb inside of his skin and walk around in it.”