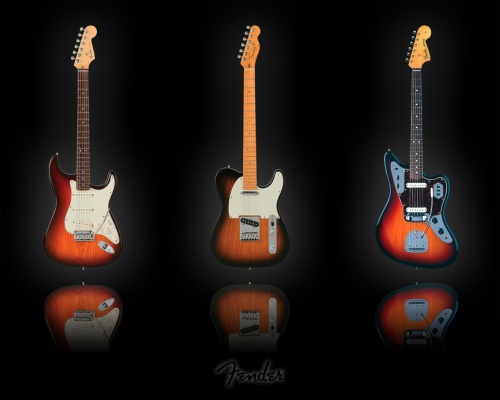 Just about every famous rock guitarist has made his name using a Fender guitar. Rock history has been played on a Stratocaster. Uploaded by wallpaperstag.com.

Picture Leo Fender in his California electronics workshop in the late 1930s. Fixing phonographs, radios, and public address systems. Oh…and instrument amplifiers. He had ideas, did Leo. Ideas about perfecting the electric guitar that would lead him to form the Fender Electric Instrument Company in 1946. He tinkered, and fiddled, and created a masterpiece. The first mass-produced, solid body, Spanish-style guitar: The Telecaster. 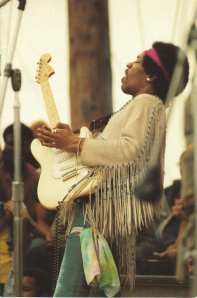 Jimi Hendrix playing a Stratocaster at Woodstock. Uploaded by jasobrecht.com.

The next step was the Stratocaster. Which is only good enough for the likes of Eric Clapton, Dick Dale, and some guy named Hendrix.