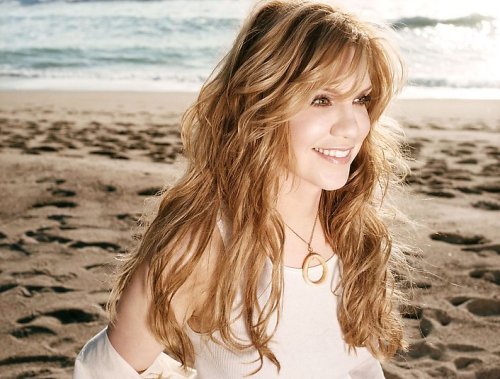 Is this the face of bluegrass music? Let's hope so. Uploaded by img.gactv.com.

If you had to choose a face for modern bluegrass music, you couldn’t choose one much more appealing than that of Alison Krauss. She sings with that gentle soprano voice and plays a mean fiddle. And here’s a fact I found amazing – she’s won 26 Grammy Awards, making her the most-awarded female artist in Grammy history. Some face!

She began as a child phenom, garnering her first record contract at the age of 14. She had begun by studying classical violin, but switched to fiddle (more comfortable for the chin) and won talent contests at the ripe old age of eight. I’m not sure if she’d have received exposure to bluegrass in her hometown of Champaign, Illinois, but she was fortunate that her parents were from Columbus, Mississippi. The result is pure bluegrass without the mountain twang that alienates so many outsiders.

Through the years she’s collaborated with a number of artists, often from other musical genres, and has created a rich diversity of songs. Among the artists she’s performed or recorded with are Dolly Parton, Sting, Elvis Costello, Brad Paisley, and John Waite.

Her most recent collaboration was with rocker Robert Plant, with whom she recorded the album Raising Sand. Not only did the album produce the Grammy Record of the Year (“Please Read the Letter”) but it also went on to capture Album of the Year honors. It beat out Coldplay, Radiohead, Lil Wayne, and something called Ne-Yo.

I have to admit it was her performances on the soundtrack of O Brother, Where Art Thou? that won me over.