Tapestry won the big four Grammy Awards in 1972: Album, Song, Record, and Female Performance of the Year. Uploaded by psychprog.com.

Carole King (Great American Things, March 28, 2010) isn’t one of the great singers of our times. Nor is she one of the great entertainers. But she is one of the great songwriters, and in Tapestry she brought her considerable talents to this 1971 album that still ranks, almost 40 years later, as the longest run a female artist has had on the Billboard chart: 305 weeks.

A couple of the songs (“Natural Woman” by Aretha Franklin and “Will You Still Love Me Tomorrow” by the Shirelles) had already been hits for other artists. One more (“You’ve Got a Friend”) would become a number one hit for James Taylor (Great American Things, September 6, 2009). Even so, two of the other songs became number one hits for King (“I Feel the Earth Move” and “It’s Too Late”), and two others (“So Far Away” and “Smackwater Jack”) reached number 14.

Tapestry has sold more than 11 million copies in the U.S., and more than 25 million worldwide. The album won the top four Grammy Awards of 1972: Album of the Year, Song of the Year (“You’ve Got a Friend”), Record of the Year (“It’s Too Late”), and Best Female Pop Vocal Performance. In Rolling Stone’s list of the 500 Greatest Albums of All Time, Tapestry was selected number 36. 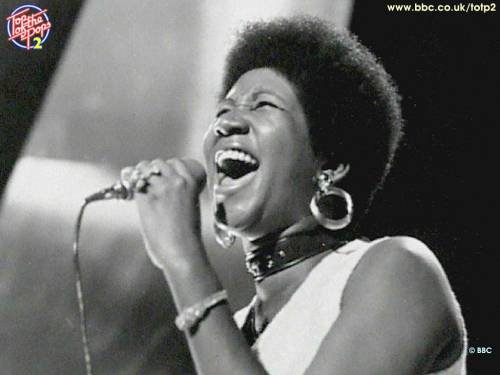 Aretha Franklin (Great American Things, July 18, 2009) was already a star before she released “Respect.” But this went all the way to number one on the Billboard chart for two weeks, and became her signature song. When she spelled out R-E-S-P-E-C-T, she took this song into the pantheon of great R&B recordings.

The song earned Aretha two Grammy Awards in 1968 (Best Rhythm & Blues Recording, Best Rhythm & Blues Solo Vocal Recording, Female), and it was inducted into the Grammy Hall of Fame (yes, songs are inducted) in 1998. It was selected as number 5 in Rolling Stone’s 500 Greatest Songs of All Time, and was listed among the Songs of the Century by the Recording Industry of America. 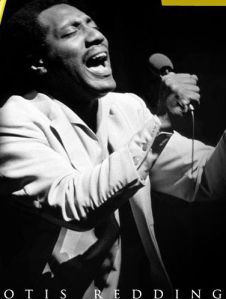 There’s a line in “Respect” that always used to puzzle me. The great Aretha sings, “I’m about to give you all of my money, and all I’m asking in return honey, is to give me my propers when you get home.” First of all, I didn’t know what “propers” meant. But it felt wrong for a woman to say she’s giving a man all her money.

That was before I found out that Otis Redding wrote the song, and the lyrics were gender reversed for Aretha. So it makes sense for a man to say, “Hey little girl, you’re sweeter than honey. And I’m about to give you all of my money, all I’m asking is a little respect when I come home.” Ah, okay. Now it makes sense.