Song: “The Way You Look Tonight” 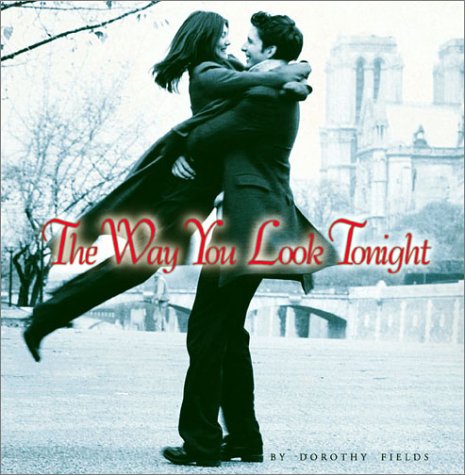 Fred Astaire sang this beautiful song to Ginger Rogers in the 1936 movie Swing Time. It won the Oscar that year for Best Original Song. Uploaded by dreamydays.com.

Every so often I have to pay homage to the Great American Songbook, and one of my favorites is “The Way You Look Tonight.” I have it on my iTunes by both Michael Bublé and Tony Bennett, though it was originally sung by Fred Astaire in the movie Swing Time, in which it won the Oscar for Best Original Song in 1936. 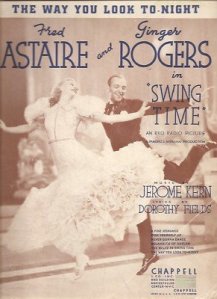 Jerome Kern wrote the music, and Dorothy Fields followed up with the lyrics. She said, “The first time Jerry played that melody for me I went out and started to cry. The release absolutely killed me. I couldn’t stop, it was so beautiful.” Which reminds me, it’s time to feature Jerome Kern on this list…

Obviously, the song was released long before the Top 40 era, but it has managed to make the charts. The Lettermen recorded it as their first hit, and it went to number 13 in 1961.

“Someday, when I’m awfully low, when the world is cold, I will feel aglow just thinking of you – and the way you look tonight.” Does it get any more romantic than that?