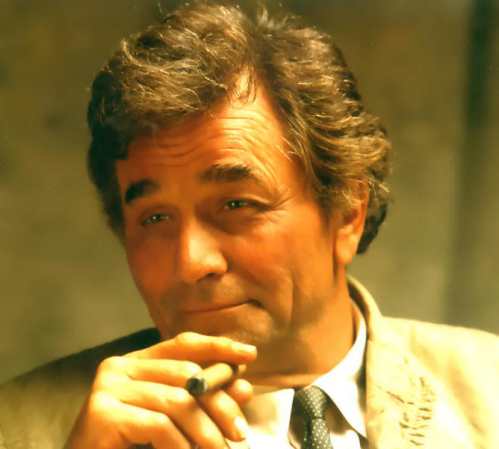 Peter Falk presented Columbo as disheveled, quirky, and unassuming. Then he used his prey's overconfidence to his advantage in bringing them to justice. Uploaded to Photobucket by skjern 2007.

The TV classic Columbo was an “anti-whodunit.” Typically, we saw the crime being committed at the beginning of the episode, and knew who the “perp” was. The rest of the show was devoted to watching the wonderful Detective Columbo figure out the crime and catch the bad guy.

The wonderful Peter Falk portrayed Detective Columbo as a rumpled, disheveled mess who was constantly underestimated by those he suspected of crimes. He didn’t usually carry a gun or need to resort to force, his unexpected wits and powers of observation being his main crime-solving tools. I’m sure he occasionally used forensic evidence, but Columbo is about as far from the CSI school of detection as it’s possible to get.

Columbo began as a segment of the NBC Mystery Movie (other segments: McMillan & Wife and McCloud). Its primary run on NBC lasted from 1971-1978, though it aired infrequently on ABC a decade later. By the way, the first season premiere “Murder by the Book” was written by Steven Bochco and directed by Steven Spielberg (Great American Things, July 22, 2009), both relative unknowns at that time. That’s one way to kick things off the right way, wouldn’t you agree?

One response to “TV Show: Columbo”