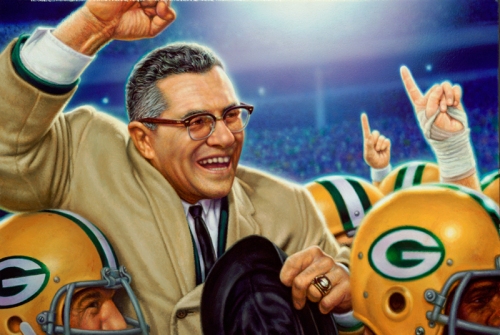 When Lombardi took over the Packers, they were coming off a 1-12-1 season. They were in the championship game two years later. Uploaded by postalmuseum.si.edu.

Q. Vince Lombardi has become synonymous with which of the following? A. Winning B. The NFL C. Hard Work D. All of the Above 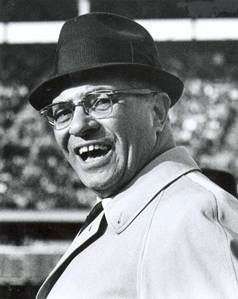 Lombardi was known as a strict disciplinarian. “Lombardi time” meant being 10 minutes early or you were considered late. He said, “Mental toughness is many things and rather difficult to explain. Its qualities are sacrifice and self-denial. Also, most importantly, it is combined with a perfectly disciplined will that refuses to give in. It’s a state of mind – you could call it character in action.”

Lombardi is in the Pro Football Hall of Fame, of course. And the Super Bowl trophy has been named in his honor. He’d probably be embarrassed by the awards and accolades, but he earned them. Despite his strict regime, his players loved him. And when he died of cancer at age 57, football fans everywhere lost not only a great coach, but a great man.