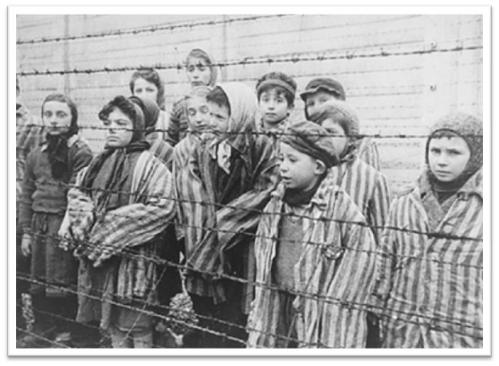 The United States Holocaust Memorial Museum takes visitors from the rise of the Nazis to the liberation of the concentration camps by Allied troops. Uploaded by sacramento365.com.

In the twentieth century, Stalin killed some 20 million people, Mao killed even more – at least 50 million. As evil as these men were, as incomprehensible their evil, they killed in order to gain and hold power. Adolph Hitler attempted to annihilate an entire people. 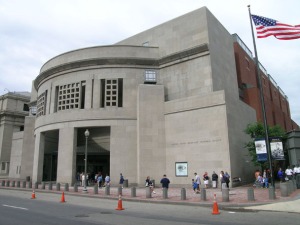 Located on the National Mall in Washington, DC, the United States Holocaust Memorial Museum was created to help us recognize these horrors in hopes that genocide can be recognized and confronted.

Opened in 1993, the Museum has received visitors from all over the world, and fewer than ten percent are Jewish. Its focal point is the Hall of Remembrance, where visitors can light a candle and meditate at the eternal flame.

The permanent exhibition spans three floors of the Museum and takes visitors on a chronological journey, from Nazi ascendancy in Germany to the “Final Solution” to the liberation of the concentration camps by Allied troops. It uses 900 artifacts, 70 video monitors, and four theaters (with historic film footage and eyewitness testimonies) to tell the story.

The lesson of the Holocaust Memorial Museum is best summed up in the words of Yehuda Bauer, professor of holocaust studies at the Hebrew University of Jerusalem: “I come from a people who gave the Ten Commandments to the world. Time has come to strengthen them by three additional ones, which we ought to adopt and commit ourselves to: thou shall not be a perpetrator; thou shall not be a victim; and thou shall never, but never, be a bystander.”

This entry was posted in History and tagged Hitler, Mao, Nazis, Stalin. Bookmark the permalink.

One response to “History: The U.S. Holocaust Memorial Museum”