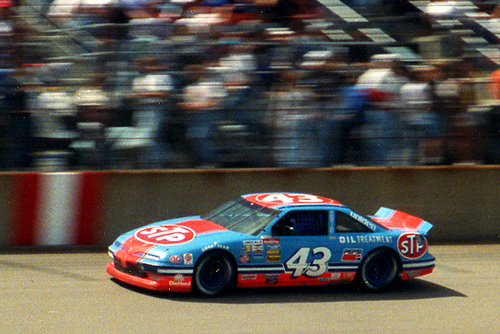 I bet Richard had something stronger than Goody's after a race. Photo uploaded to Flickr by mandj98.

“The King” celebrated his 72nd birthday this month, and to look at him you can still picture him in the No. 43 Pontiac swapping paint at Talladega. I’m a little concerned that I even know what that means.

Richard won the Daytona 500 seven times, the NASCAR championship seven times, and a total of 200 races during his career. His best year was 1967, when he earned 27 victories. And here’s a truly amazing stat: He finished in the top 10 in 513 consecutive starts between 1971 and 1989. That’s crazy good. 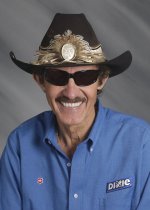 Of course, you can’t race as many times as Richard did without a few spectacular crashes. At Darlington in 1970, his car blew a tire, hit the wall, and ended up flipping several times before coming to rest on its side. He probably had his worst crash at the 1988 Daytona 500. His car became airborne after turning sideways, then flipped down the track throwing parts in every direction. In both cases he was injured slightly, but was able to race the next week.

The Petty family is from Level Cross, North Carolina. Richard got into racing because his father was a NASCAR driver, and because…well, there’s sure nothing else to do in Level Cross.

It’s said that people only watch races for the crashes. Well, duh. Tighten your chin strap, make sure your seat harness is tight, and watch the No. 43 STP Pontiac do racetrack somersaults for almost nineteen seconds:

This entry was posted in Sports. Bookmark the permalink.